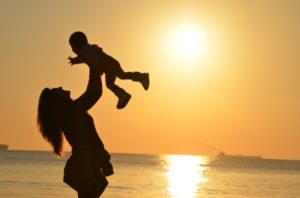 First, a guardianship and custody document are not binding documents unless it is notarized. Having the document notarized makes it official and binding to protect children that unfortuneately cannot protect themselves.

Second, these notarized documents ensure that the child(ren) are protected, and placed with an entrusted adult and not in the foster care system.

Finally, notarizing guardianship and custody documents make sure that absentee parent(s) will not have a say on a child’s well-being.

The documents that should accompany the guardianship and custody documents are: Last Will and Testament, child’s birth certificate, the Designation of Temporary Guardian form, custody orders of the court, guardianship papers, and in triplicate.

Once you have all of these documents, you are ready to get your guardianship and custody documents notarized. Be ready with your checklist so you do not forget any detail.

Here are important points on child custody: {defined on AVVO.com}

A parent with legal custody can make important decisions on the behalf of their child. Choices about medical care, education, and religious upbringing all fall under the umbrella of legal custody.

Legal custody may be given to a single parent, or shared between both parents. If only 1 parent has legal custody, they don’t need to get the other parent’s approval to make a decision. But if custody is shared, then parents will need to agree on any major decisions.

A parent with physical custody has the right to have their child live with them on at least a semi-permanent basis. Physical custody may either be granted exclusively to 1 parent, or shared between the 2 parents.

Other Services That We Offer